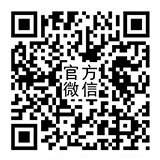 [Abstract]:
I.overviewIdeally,thequalityofthepowersupplyshouldbeprovidedwithasinusoidalwaveformvoltage.Butinpractice,thewaveformofthepowersupplyvoltagewilldeviatefromthesinewaveforsomereasons.Theharmonicinthepowe
I. overview
Ideally, the quality of the power supply should be provided with a sinusoidal waveform voltage. But in practice, the waveform of the power supply voltage will deviate from the sine wave for some reasons. The harmonic in the power supply system refers to the sine wave component of the fundamental frequency (the frequency of the industrial power frequency 50Hz is the fundamental frequency) in our power supply system. In the power supply system, the root cause of harmonics is the result of the power supply to the electrical equipment (also known as the nonlinear load) with nonlinear impedance characteristics. These nonlinear loads in the work to the power supply feedback harmonic, resulting in power supply system voltage, current waveform distortion, so that power quality deterioration. Therefore, harmonic is one of the important indexes of power quality. Harm the performance of [/B][/size] harmonic caused by electrical equipment (motors, transformers and capacitors) additional heat loss and make the power output of the synchronous generator to reduce the torque, reduce the temperature of the transformer, insulation efficiency, accelerated aging, shorten the service life, reduce or even damage: relay protection, control, and detection device the working precision and reliability etc.. After the harmonic injection into the power grid, the reactive power will be increased, the power factor will be reduced, and even the parallel or series resonance may be triggered, which will damage the electrical equipment and interfere with the normal operation of communication lines. Attention of harmonic problems in power supply system has been aroused, in order to ensure all electrical power supply system, electronic devices based on electromagnetic compatibility significance on normal and harmonious work, must take effective measures to suppress and prevent serious consequences in the grid due to the harm of harmonics caused by.
Two, the causes of harmonic generation
In the production, transmission, conversion and use of all aspects of the harmonic. In the power generation process, when the generator structure and wiring to take some measures, it can be considered that the generator is supplied with a fundamental frequency sine waveform voltage. In other aspects, the harmonic generation is the main electrical equipment from the following with nonlinear characteristics: (1) the iron core has a magnetic saturation characteristics of equipment, such as transformer and reactor; (2) with a strong non-linear characteristics of the arc as the working medium of the equipment, such as gas discharge lamps, AC arc welding machine, electric arc furnace; (3) switching power supply equipment, power based electronic element such as: power converter equipment (rectifier, inverter, converter), pressure control device and speed regulating power, large capacity transistor controlled switch equipment, they widely used in chemical, electric railway, metallurgy, mining and other industrial and mining enterprises as well as in every kind of household appliances. These nonlinear electrical equipment (or nonlinear load) features is that they use a non sinusoidal current from the power grid, that is to say, even if the power supply to the load is the voltage sine wave, but because they are only the current with voltage current voltage nonlinear synchronous changes of the characteristics of the current through the power grid is non sinusoidal waveform and the current waveform is composed of fundamental wave and fundamental frequency of integer harmonics, which produce harmonic, make a serious distortion of grid voltage harmonics, in addition to the power grid must also provide additional electricity load. The harmonic currents generated by the nonlinear devices connected to the low-voltage power supply system can be divided into two categories: the stable harmonic and the changing harmonic. The so-called stable harmonic current refers to the amplitude of the harmonic wave which does not change with time, such as the video display device and the test instrument. The amplitude of each harmonic generated by the laser printer, copier, microwave oven and so on changes with time, which is called the harmonic wave. With the increasing use of power electronic equipment, at the same time harmonic generated by the equipment and has a large amplitude, so they are the main harmonic sources in power supply system.
(from the world of Electronic Engineering: http://www.eeworld.com.cn/mndz/2011/0529/article_9297.html)
Previous article:
The application of reactive power compensation technology to reduce power consumption
Power Association Han Lin to talk about harmonic governance: to resolve the power system invisible fault
Next article: